The Chosen One excerpt

"What in Mother Forest are you?" Bronte breathed aloud. She had the queerest sensation of deja vu.
"Don't be getting friendly out there with another female, sweetie," Vai quipped.
"Jealously is so unbecoming for you," retorted the alienaut. "Keep tracking that predator. I want to be certain that we scared it off."
"Continuing scan."
"You're not a Killjaw then?" asked Bronte.
"No, I'm just henpecked. Greetings, my name is Gideon." He shuffled to a stop directly before the Thunderfoot titan and gazed up. "My, you're a lot bigger on the ground than from the air," the new arrival exclaimed.
Bronte regarded the one-eyed intruder closely. He was dreadfully small by dinosaur standards, standing a little over five feet tall. His ivory skin was unmarked and crinkled as he moved. He walked peculiarly with a rolling giat dictated by his bow-legged stance.
"He must be one of those weird southern reptiles, Bron," Chappy decided after finding his voice, "for I've not seen the likes of him anywhere on the migration north."
Gideon overheard the assumption. "My territory lays somewhat farther afield than that, my Duckbill friend."

Yowlar looked to the intensely blue skies. A flight of Asphalt Storks flapped majestically overhead, their grey and red plumage the picture of feathered elegance. Shifting his musing on to how those oversized grouse tasted, something peculiar caught his eye.The gangly birds were flying in stately fashion in V formation heading northwards, a tailwind aiding their progress. High above the avians drifted a backdrop of puffy white clouds pushed in the same direction by the stiff breeze. What puzzled him was the solitary lenticular cloud floating low above the southern horizon.
He called down to his dozing brother.There was no response, so he roared again.
"What is it, Yowlar?" came a peeved reply.
"Do you see that sky-bush out south?"
Hoaru took a moment to focus his sleepy eyes on the saucer-shaped cloud. "The one that looks like a cats-eye lying on its side?"
"That's the one. What do you make of it?"
"Other than it's odd shape, nothing."
"Look at it closer. It's moving."
"Sky-bushes tend to do that, brother. They get blown about by the wind same as leaves do."
"Cut the natural history lesson. Have you ever seen one drift against the wind?"

Sighing loudly, Ryops fixed his disagreeing Subos with a judgmental stare. "We've had this discussion countless times before and my viewpoint stands unchanged."
"As does mine. Do not foolishly discount the Fish-with-Hands as mindless beasts, like you always do, Ryops. Treat them with the same respect you'd afford a hurricane, for they are just as unpredictable and destructive."
"Nonsense, Eskaa. Before today there had been no sightings of Fish-with-Hands for two generations. if not for this capture, I'd have guessed them extinct."
"An unwise assumption," said the criticising Subos. "They've merely been lying low in deep water. Planning. Plotting."
"Scheming what? They are stupid fish incapable of stringing together a strand of pearls let alone complete a sentence."
Jumping on the opportunity presenting itself, Eskaa offered up Lorea's confiscated black pearl necklace to his mocking leader as proof positive of Cetari intelligence. "I ripped this off the neck of the female. It's clearly a handmade symbol of rank."

Chosen To The Fore excerpt 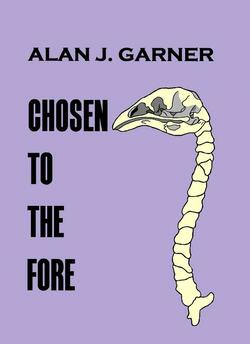 The Long and Short Adventures of Eamon Birdsley excerpt 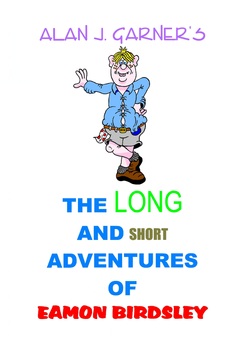 Suddenly and scarily, the ground underfoot shook. A deep-seated rumble, more like a mumble, came along for the ride. Earthquake! popped into Eamon’s mind. Hog’s Bay was periodically shaken by the Earth’s movements, a by-product of the tectonic plates jostling for position far belowground. ...

Eamon’s body took over from his scared-stiff mind. Acting independently, it left his slower brain behind. Surely as fleas fly and flies flee from a can of bug spray, the terrified boy fled through the ferns. Fronds slapped his thighs and face. He tripped on a ground vine, pitching headlong into a tangle of creepers. Eamon’s overactive imagination caught up to its clumsy body and retook control. He thrashed about as flashes of the jungle coming alive in the form of wriggly snakes panicked him: vines became vipers, creepers turned into boa constrictors, all entwining him in their cold coils. Weirder still, the stems of the giant ferns morphed into stepladders.

Eamon was caught in a hideous game of Snakes and Ladders!

Maldoch arched a shaggy eyebrow at the freed youth. "Hmmm, the spell's degraded faster than anticipated. I mus tweak the recitation to remedy that for future use."
"I'm a Goblin?" Garrich blurted incredulously.
"What did you think you were boy? An Elf?"
"Actually, yes," admitted the dazed youth. "The upswept ears, slanted eyebrows..."
Maldoch chuckled cruelly. "You're a little on the short and dark side to be a native of Gwilhaire."
Garrich sulked. In the absence of any other clues, his guess was a reasonable assumption. But to now be named a member of the people to whom the general of the world was attributed, and who were considered the black sheep of the Fellow Races, was disconcerting.
"Gather up your stuff," ordered the spellcaster. "We're leaving for Alberion shortly."

Laughing mirthlessly, Ahnorr sheathed his swords in the scabbards strapped to his back before brutally punching the unsuspecting Wolf pack leader square in the face. Conerth staggered from the blow, dropping his cask to the snowy ground. Holed by the jagged tip of a pointy rock left uncovered by the light snowfall, the punctured cask bounced and rolled away, leaking its boozy contents. A warning glance from the Grizzly chief persuaded those warriors accompanying Conerth to do nothing about the unprovoked assault. Wordlessly, they backed away.

“I told you not to get drunk, you mangy boozer,” Ahnorr coldly berated him as Conerth straightened up.

Wiping the blood from the corner of his mouth, he stayed submissively silent. Politically the weakest of the four principals, his clan needed the allegiance of Grihaloecke to keep at bay their mortal enemies, the Elks. 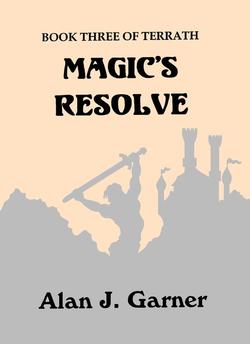 Tough to live a life without regrets, it’s even harder to die a death with them. Wizardly arrogance generally left them immune to misgivings, except during times of great stress. With so much left undone, Maldoch started regretting his many failures and conveniently skipped his many failings. He bemoaned letting Omelchor so often gain the upper hand in their eternal tussle; he lamented Parndolc’s stubborn rejection of sobriety; and he bewailed missing the opportunity to fathom Garrich’s unrealized potential. Most of all, he regretted being too busy as Terrath’s watchdog to take the time to smell the tulips – they, not roses, were his favorite flower.
The acute shortage of air searing his lungs made Maldoch rethink the ideal of sacrificing himself for the cause of Good. Dying with dignity reeked of contradiction. There was nothing dignified about departing this life, giving up the ghost without fighting to breathe your last. In fact, the prospect of going to meet his maker did not faze him at all. His intellect welcomed the thought of eternal rest, to be finally done with battling badness. Yet his body rejected the sentence of death and resumed its futile struggles as Maldoch’s composure finally cracked.
I’m too old to die! he screamed in the quiet recesses of his mind.